Your Industry Leader In 4K Scanning and Restoration

We only use professional broadcast equipment and are one of just a handful of professional labs left in the entire USA. If you are looking for the best film conversion quality at a good price, you’ve found it. We do a wide range of work from amateur film to Government archives to Hollywood independent movies.We scan all film types including 8mm, super 8, 16mm and 35mm film. It doesn’t matter if the film is positive, negative, interpositive or internegative. We scan it all!

Leading Technology and Equipment For The Best Film Conversions

Film shrinks over the decades, So running your film today through a projector or film transfer machine that uses the sprocket holes will damage the film. We get several call a day about people damaging their film by trying to run it through a projector. Same goes for these low-end film transfer machines used by local camera and conversion shops and even big big box stores like Walmart, Costco and Walgreens. Make sure your film is scanned on a sprocket-less roller based film scanner (like our Pro HD, Pro 2K or Pro 4K process)!

Luckily Video Conversion Experts can help. Damaged sprocket holes? Shrunk film? No problem. These professional film scanners (Pro HD and above) are roller based so they don’t use the sprocket holes and havbe a laser frame alignment to get 100% of the frame no matter how shrunk it is. 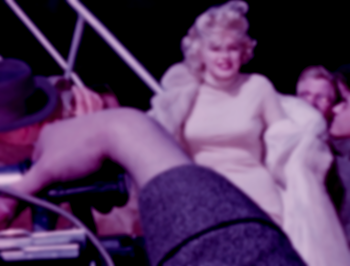 This frame by frame machine is the only non professional machine we have. It uses a modified projector and camcorder setup.

8mm and Super 8 film has around 900 to 1200 lines of resolution per frame. Given the equipment type it will only get around 40-50% of the quality compared to the film.

We can get both audio tracks on Super 8 and 8mm film. Click here for more details.

We can make DVDs and 480 lines resolution AVI and MOV files from this process. Click here for more information. 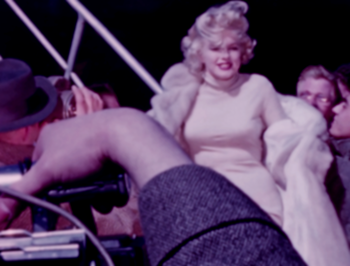 This transfer will produce quality that is much better than the SD process. It scans at twice the resolution and is a professional scanner compared to the SD machine.

We can make DVDs and BDs, 480 or 1080 resolution AVI, MOV and MP4 files from this process. Click here for more information. 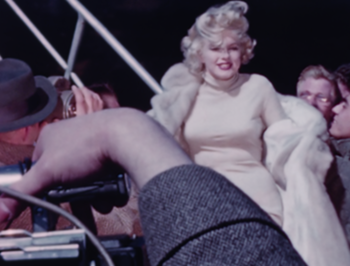 This process will get about 100% of the quality compared to the film. *Above picture includes our optional color correction*

We can make DVDs and BDs; SD AVI, MOV and MP4 files; HD/2K AVI, ProRes and DPX files from this process. Click here for more information.

This is a professional DataCine film scanner.

This process will get 100% of the quality available on the film and will also allow for output to 4K formats. *Picture above includes our optional color correction.*

We can make DVDs and BDs; SD AVI, MOV and MP4 files; HD/2K/4K AVI, ProRes and DPX files from this process. Click here for more information.

Online Quote
Best
*Scanning per foot cost includes scanning only. This does not include the cost of the output format(s) like DVD*
**The example Pro 2K and Pro 4K picture includes optional color correction**

Number the boxes, cans or reels in the best order you can from 1 to X and we’ll follow that order

Order Online
Fill out the appropriate order form online and print the invoice.

**You’ll need to include a copy with the order**

How Do I View My 8mm, Super 8 or 16mm Films Before Sending Them To You?

There are not a lot of good answers with the average age of film being around 50 to 70 years old. It’s not a good idea to play them in your old projector anymore. Over the years your film has become fragile, has shrunk about 1 mm and will get damaged by the claw in your projector that moves the film. We suggest either using a magnifying glass with some sort of light source to get a decent idea of the films content at the beginning of the reel or transfer your film and order streaming (MP4) or editing files so you can edit it on your computer once they are returned to you. Kodak used to make a editing machine that you manually fed the film through which didn’t use the sprocket holes but Kodak hasn’t made that machine for over 25 years. If you can find one most likely the rubber components will need to be replaced and you will need to purchase a new bulb. These unfortunately are extremely hard to find.

Should I make sure my film is scanned on a sprocket-less scanner?
Yes! The average film is now about 50-60 years old. Film only lasts about 50 to 70 years. Film shrinks both vertical and horizontally over time. So, after 50 to 60 years the distance between the sprocket holes is about 1 mm less. When you run the film through a projector the projector will cut into the sprocket hole because they are too close. Typically as that is happening the film will get hung up and damaged in the gate. So, today, you should not try to watch your films with a projector, nor should you have them transferred by any machine that uses the sprocket holes to move the film through. Make sure your film is scanned on a professional sprocket-less scanner to avoid damage to the film.
Did you know you lost so much quality converting film to VHS?
Most customers are unaware that when we went from 8mm and Super 8 film to VHS that we lost about 75% of the quality of our home movies. Yes, you heard me, 75%! 8mm and Super 8 film have around HD (1080) lines of resolution. VHS has 240 lines. So, when people converted their 8mm or Super 8 film to VHS they lost about 75% of the quality. One reason you may not of noticed was that your TV was only 240 to 300 lines itself. So, you wouldn’t of been able to see the additional quality except by playing the film through a projector. Now that we have HDTVs and Ultra HDTVs the VHS transfer from your film would look like you did it in your garage with a projector playing the film and a VHS camcorder recording it. In fact, this was the basic technology of the day. There are still companies today converting your 8mm and Super 8 film using a modified projector and camcorder. Walmart, Costco and Walgreens all use a third party company that uses a modified projector and camcorder system. You only get 25% of the details from your film.
To truly archive your 8mm film you need to scan one level above the resolution. This is the generally accepted practice for film archiving. So, for 8mm and Super 8 film this means scanning your Super 8 film at 2K resolution. Even though this is the generally accepted practice we have always done our own research and in many cases developed our own leading edge technology. We have done many Pro HD vs Pro 2K comparisons. In all but one case it was clear that the Pro 2K process delivers video that was about 25-30% sharper and more detailed. On today’s HDTVs that is a noticeable difference.
How Should I Store My 8mm and Super 8 Film?
One frequently asked question we get asked is, “how should I store my film?”. According to the national film preservation foundation, the 8mm and Super 8 film should be kept in a dry cool place. Film stored in a closet of an air conditioned home (which averages about 65°F and 50% humidity) will last about 50 years. Reducing the temperature by just 15° will extend the life of the film to around 150 years! That’s amazing. Because of this we recommend storing your film in your refrigerator. The Home Film Preservation Guide will show you the steps you need to follow in order to safely store your film in a refrigerator.
How Can I Create a Digital Master From My 8mm or Super 8 Film?
The second most frequently asked question we get asked is, “How can I create a digital master from my 8mm or super 8 film and ensure it’s safe keeping for decades to come?”. The first part is the hardest. Creating a digital master as good as the 8mm or Super 8 film requires scanning one level above the film’s resolution. In general, 8mm and Super 8 film are around 900 to 1200 lines. So, we recommend a 2K scan (1556 lines) to ensure you get all the details. Our studies also indicate that scanning 8mm at 2K is required to truly archive the film. We’ve done several side by side comparisons between HD and 2K and 95% of the time the 2K scans look noticeable more detailed and sharper. After you have a good digital master you need to make sure it will be around for decades to come. Using today’s technology that means you need the files on 2 separate drives at 2 separate locations. Those drives should not be hooked up to a computer or running. They should only be plugged in and used to check the files about every 6 months. If one fails immediate use a new drive to copy the files to. Even if the drives don’t fail they should be replaced about every 5 years. As Solid State Drives (SSD) come down we recommend moving the files to 1 or 2 SSDs for better long term storage. SSDs have no moving parts and will last longer then a traditional 5400/7200 rpm rotating drive. 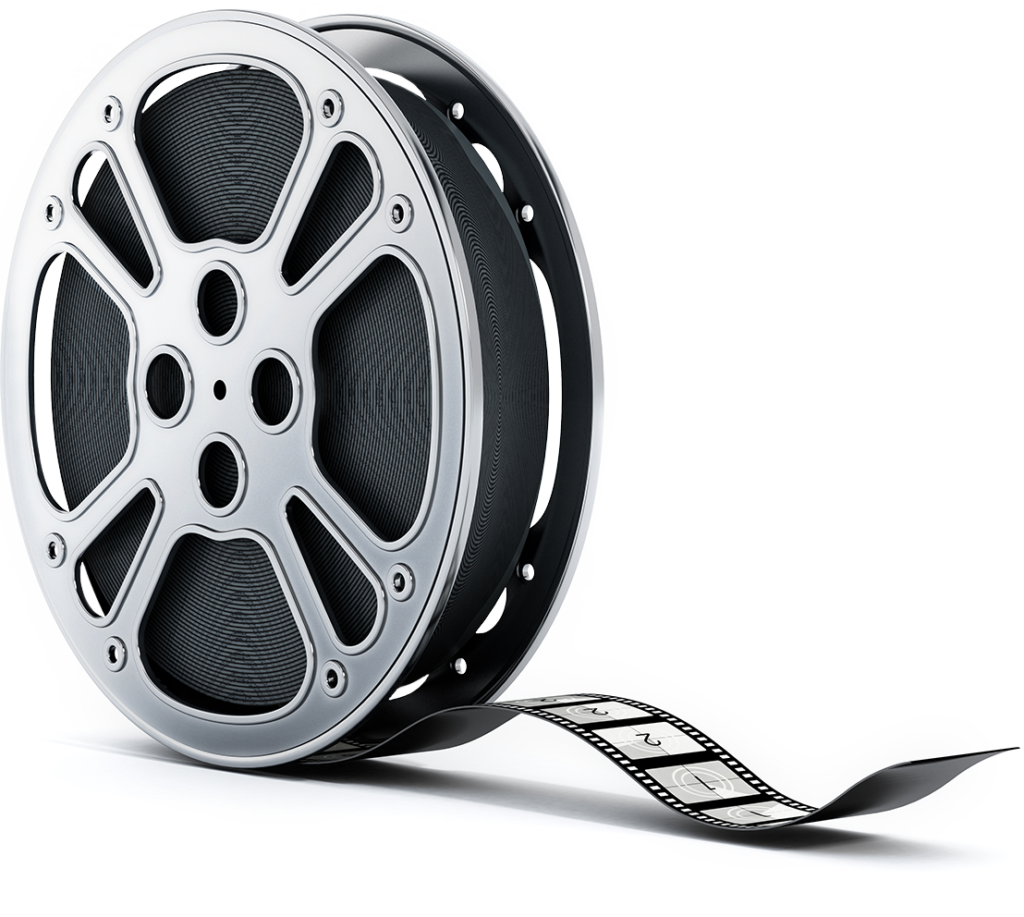